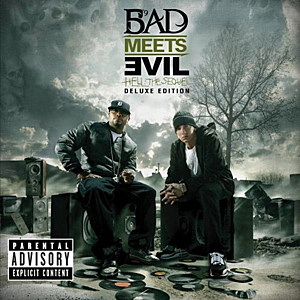 Club 93.7's top songs for September 2011 is full of huge names -- Eminem appears twice, Lil Wayne appears three times as well as Chris Brown. Drake and Kanye appear the most on the list with four and five times, respectively. Eminem and Royce da 5'9" top the chart with their killer collab Bad Meets Evel's 'Lighters.' Take a look at the complete list after the jump.

Club 93.7's September 2011 Top Songs are based on what is being played on the air. Leave us a comment and tell us what you think.